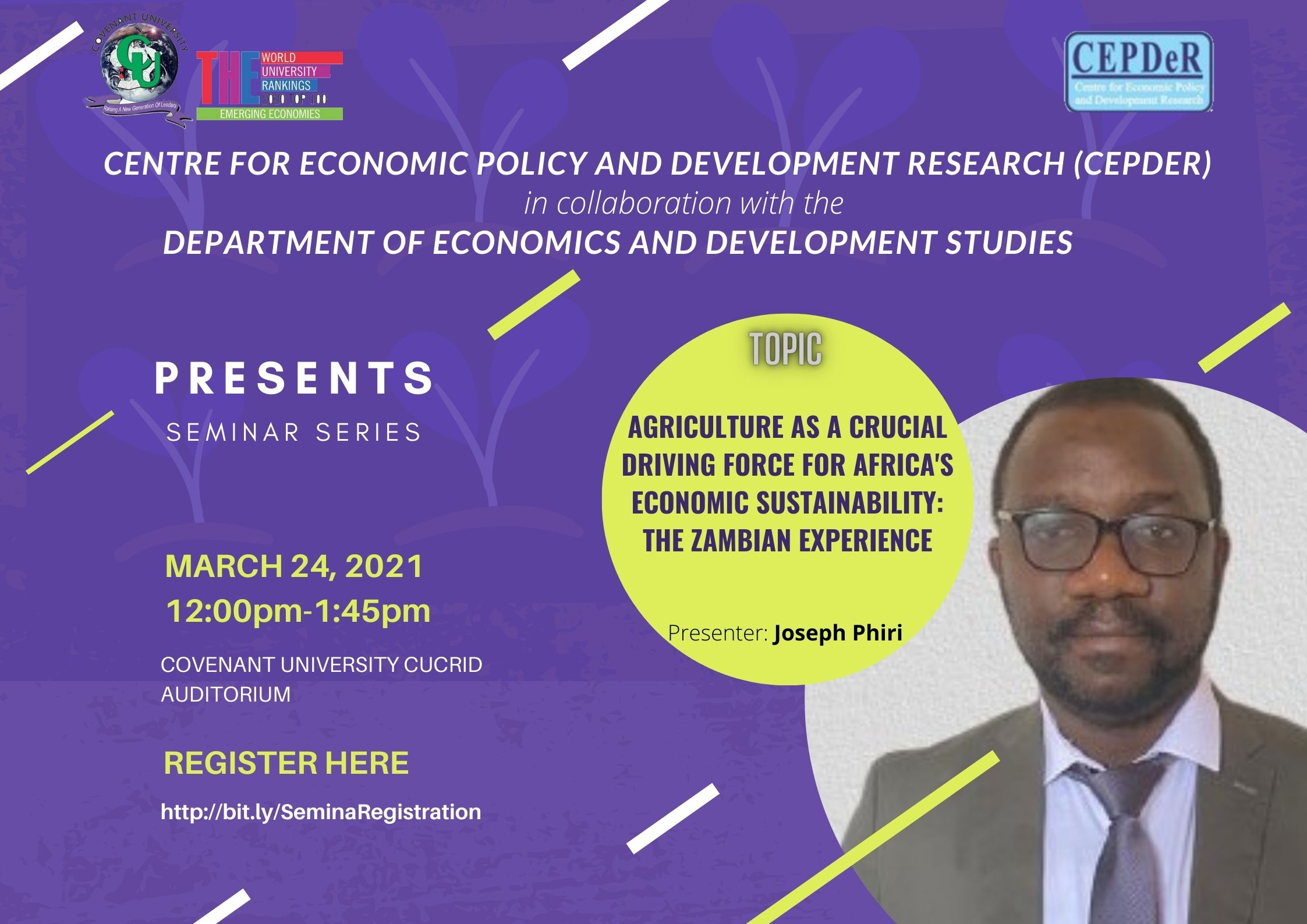 For several decades, the many African economies relied on the natural resources, which has been affected by fluctuations in commodity prices at the global market. The new century enhanced the calls for economic diversification, with the agricultural, manufacturing, and services sectors amongst those pronounced. This article focused on the role of agriculture in supporting the economy, particularly the effect of agriculture on economic growth using the case of Zambia. The results suggest that agriculture, manufacturing, services, and mining converge to equilibrium and affect economic growth at the speed of adjustment of 90.6 percent, with the effect from agriculture, mining, and services being significant. The impact of agriculture on economic growth was significant in both the short run and long run with a coefficient unit effect of 0.428 and 0.342, respectively. The effect is strong because at least two-thirds of the rural population relies on farming and agriculture has stood as a catalyst for food security. For the effect of agriculture to be much more profound, the farmers must be supported with adequate infrastructure, accessibility to the markets, farming inputs, better irrigation techniques which will address the problem of reliance on rains which were inconsistent in the last decade. Additionally, governments must ensure the institutionalisation of food processing industries which add more value to the national income.

Joseph Phiri always aspires to help developing countries address their current wealth problem commonly known as, “THE PARADOX OF PLENTY”. He graduated with a Bachelor of Economics (HONOURS) from the University of Namibia and a Masters of Development Economics and Economic Growth at Marmara University. During his Graduate studies, he had the rare privilege to apply for and attend the International Summer School Training on APPLIED INDUSTRIAL POLICY offered by Istanbul Commerce University in collaboration with the United Nations Conference on Trade and Development (UNCTAD) in September 2018 and also participated in the workshop on Entrepreneurship during the World Youth Forum Arab African Platform in March 2019. He also pursued a Professional certificate program on Public Financial Management offered by the International Monetary Fund in collaboration with Edx under the latters online education platform which he completed in June 2019. Additionally, he completed their Virtual Online Course on Structural Transformation and Industrial Policy offered by UNCTAD. Joseph has presented in and published in well recognised journals and conference proceedings some of which are recognised under indexes such as the Web of Science and SCOPUS. He likes to research on the thematic areas supported by this organization. Currently, he is a Ph.D. fellow in Sectoral Economics and Economics of Enterprise at Czech University Of Life Sciences and also working as an Academic Instructor at The University of the People including serving as an International Visiting Scholar at Covenant University.